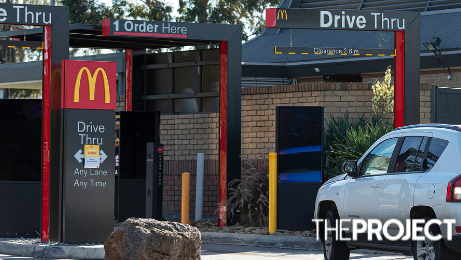 McDonald’s in Cremorne NSW has submitted a development application to North Sydney Council, seeking to expand its drive-thru service from a single lane to two lanes.

The $548,620 proposal will reduce car spaces at McDonald’s, but McDonald’s said drive-through traffic has increased by 8.3% since 2019 and a decrease in counter transactions by 21.2%.

But, despite the change in operations and McDonald’s trying to keep up with demand, Cremorne health bureaucrats are unhappy, saying it could “undermine” their efforts to tackle obesity. While McDonald’s argues it will help reduce traffic congestion.

“This resulted in long lines in the drive-thru (the line extending to the parking lot),” McDonald’s said. “There are also traffic jams at the Military Road exit causing queues at the drive-thru.”

“The proposed changes are intended to respond to the shift to drive-thru,” McDonald’s said.

“Traffic generation is not expected to change as a result of the proposed changes, so there will be no noticeable effect on traffic on the surrounding road network.”

The local North Sydney Health District said it opposed the development on both safety and health grounds.

“The North Sydney Local Health District (NSLHD) is committed to ensuring that the built environment promotes places and spaces that support the health and well-being of individuals and the wider community,” said he began.

“Our Healthy Built Environments team, comprised of population health and urban planning professionals, is well placed to comment on this development request and has considered potential livability and health impacts.”

“There are also concerns that increasing accessibility to fast food, through expanded drive-thrus, could negatively influence the eating habits of children and adults and undermine existing population health strategies to combat against obesity,” said the NSLHD.

“Data from the Australian Urban Observatory shows that Cremorne already has more than adequate access to fast food, being in the 11th percentile for convenience. Providing greater access to fast food through an expanded drive-thru in two pathways is unlikely to result in positive population health outcomes”.