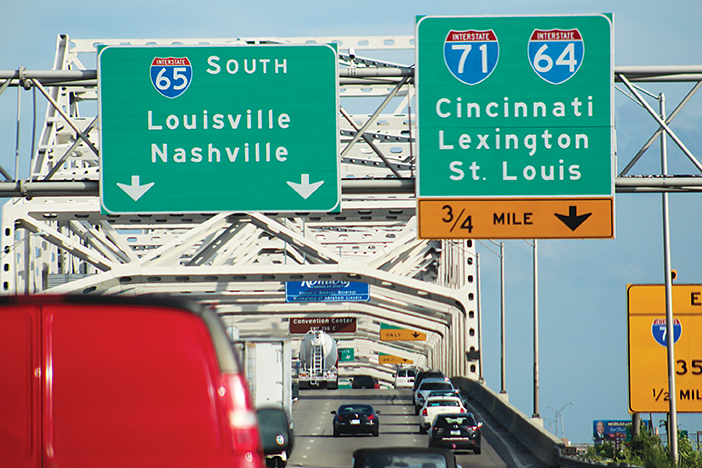 Currently, 49 states and the District of Columbia allow individuals to obtain a CDL between the ages of 18 and 20; However, federal law prohibits them from moving goods across state borders.

â€œToday 18 year olds can drive more than 200 miles from New Albany, Indiana, to Gary, Indiana, and back, but they are not allowed to drive 2 miles from New Albany to Louisville, Kentucky,â€ he said. Young said in a press release. â€œThe DRIVE-Safe Act will eliminate this ridiculous regulation and in doing so, solve the driver shortage while providing new career opportunities for young Hoosiers. “

Officially titled the Developing Responsible Individuals for a Dynamic Economy Act, the proposal is designed to help train the drivers of tomorrow well beyond current standards. Under the proposed legislation, when a driver qualifies for a CDL, he begins an additional two-stage training program, which includes rigorous performance criteria. The program requires these drivers to complete at least 400 hours of service and 240 hours of driving with an experienced driver in the cab.

Additionally, all trucks used for training in the program must be equipped with safety technology, including active braking collision mitigation systems, video event capture, and cruise control set to 65 mph or less.

The bill seeks to address, in part, the truck driver shortage that has already reached critical proportions nationwide. Fox Business reported in April that at the end of 2018 there were some 60,000 drivers missing and the problem has only worsened. CNN Business reported on May 1 that a fifth to a quarter of tankers would remain parked this summer, raising concerns about gasoline shortages at the pumps. And that’s just the tip of the iceberg: 71% of all freight in the United States is moved by truck.

â€œWe are delighted to see the DRIVE-Safe Act reintroduced in the Senate. The bill enjoys strong bipartisan support as it is a common sense, safety-friendly solution to expanding the pool of potential truck drivers. It raises the bar for training standards and safety technologies far above what is required of the thousands of qualified drivers under the age of 21 who already legally drive commercial vehicles in 49 states today, and require more than training than that currently required for drivers over 21 as well, â€said Sean McNally, ATA spokesperson.

â€œThe DRIVE-Safe Act is not a route for every young person to cross state borders, but it envisions creating a safety-focused process to identify, train and empower young people between the ages of 18 and 20. the safest and most responsible. participate more fully in our industry. This will create huge opportunities for countless Americans looking for a well-paying profession without the debt burden that comes with a four-year degree, â€he continued.

Many general business associations across the country have also given their support to the proposed legislation, strongly calling for the swift passage of the new law.

â€œWe are very supportive of this,â€ said Gary Langston, president and CEO of the Indiana Motor Truck Association. â€œNot just in Indiana, but across the country (the driver shortage) is the # 1 concern in the trucking industry. So anything that will improve productivity, improve efficiency, or improve the market for additional drivers will help the industry as a whole. “

“I am extremely pleased that Senator Manchin has put his name and his support and the weight that brings behind this bill,” said Steve Roberts, president of the West Virginia Chamber of Commerce. â€œWe need this bill. It would impact us in West Virginia; that would have a very positive impact. I just don’t see how we could be anything other than very supportive and very grateful to the members of the Senate and the House who are behind this kind of legislation.

Roberts said examples abound of business opportunities and economic activity lost to states due to a lack of qualified drivers.

â€œJust last week a very large company with international relations contacted me and told me that they have a profitable business for a trucking company and would like to share that company with a company headquartered in in West Virginia, â€he said. â€œI called and spoke, in particular, to the company which is the biggest and most important in West Virginia and they just said, ‘We would like to have the business, but we don’t have the man- of work. We don’t have the drivers.

â€œIt wasn’t one of those, ‘Let us think about it’ or ‘Let me see what we can do. It was very blunt: “We know we can’t take this,” Roberts noted.

Randy Zook, president and CEO of the Arkansas State Chamber of Commerce, said having enough truck drivers is essential to move the state’s economy forward. .

â€œAnything that would improve the chances of hiring truck drivers would be a step forward in the economy, because that’s one of the critical points in achieving the kind of growth we all want,â€ Zook said. â€œThe point is, turnover tends to be quite high and the trucking companies are struggling to fill these jobs and run these trucks. Anything that could do to help, that would be a step in the right direction. “

Asked about the safety concerns of putting several tons of machinery, moving at high speed, into the hands of an 18-year-old, Zook reiterated the training protocols called for by the bill. He also pointed out many other professions where people are asked a lot right out of high school.

“We let these 18 or 19 year olds go to war for us with dangerous equipment,” Zook said. â€œSo the good 18 and 19 year olds could do this job safely if they are well trained, as they are by the industry. “

As for the implementation of the bill when it is passed, many state associations have already formed the kind of partnerships that would allow young drivers to quickly enter the education pipeline. However, as Langston admits, it is not without challenges.

â€œWe have worked very hard to try to get vocational training programs in high schools where, when a person leaves high school at 18, they are already one step ahead and already have received training. We’re continuing to work on this in an effort to be prepared, â€Langston said.

However, such problems are those that the business community in general – and the transportation industry in particular – would like to have. And, Young predicts, that’s exactly what they’re going to get.

â€œThe response and comments have been tremendous,â€ Young said. â€œLast Congress Bill brought together 35 co-sponsors, and at this Congress we are adding new co-sponsors every week. I expect the DRIVE-Safe law to pass on its own or align with other safety priorities to be included in a surface transportation reauthorization bill this year.

Words like these are music to the ears of people like Roberts, who says his state is ready to make the most of the DRIVE-Safe Act, once ratified.

â€œWe would immediately seize the opportunity for employment at the schools involved in Jobs for West Virginia’s Graduates,â€ Roberts continued. â€œWe would also reach out to community and technical colleges and secondary school career centers to get them involved, as these are the types of jobs families can live on. Our state and our nation desperately need these employees to enter the workforce. “

Drive SAFE invoices would allow over 100,000 immigrants to apply for MI driver's license