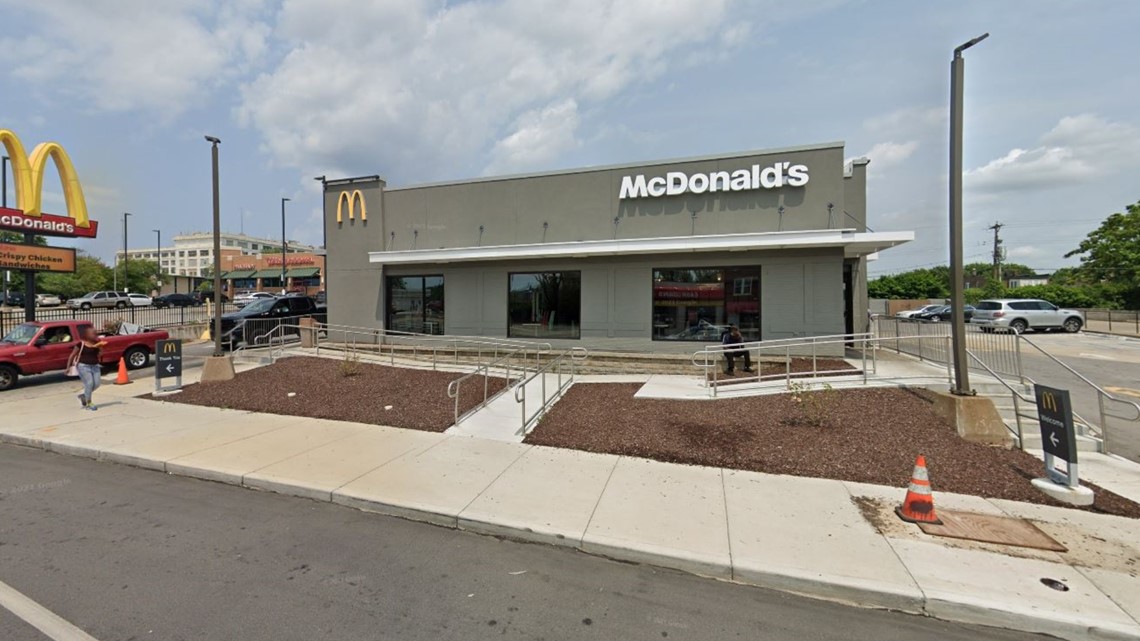 A public relations firm that works with St. Louis-area McDonald’s restaurants said the internal security video “does not support the police narrative.”

ST. LOUIS — Police are investigating after a woman said an employee of a St. Louis McDonald’s pointed a gun at her through the drive-thru window on Monday night.

Police said the incident happened at McDonald’s near North Kingshighway and Natural Bridge Road in the Penrose neighborhood. Police say a woman was trying to get food around 9.20pm when the employee pointed the gun at her through the drive-thru window.

The woman called the police and when officers responded to the restaurant, the employees refused to let the police in. An employee eventually let the officers in so they could investigate.

A police K-9 was used to search the store and police found two guns in the women’s restroom.

The victim was able to identify the employee who she believes pointed a gun at her, and police took the suspect into custody. They said it was a 22 year old male. As of 3 p.m. Wednesday, he has not been charged.

A second employee, a 44-year-old man, received a summons for obstructing the police by preventing him from entering the store.

“In our restaurants, nothing is more important to us than the safety and well-being of our customers. I am very disturbed by the alleged inappropriate behavior of an employee, which is absolutely not tolerated.

“We are providing surveillance footage to law enforcement and are cooperating fully with their investigation,” a spokesperson for Estel Foods, the McDonald’s franchisee that operates the restaurant, said in a statement.

The franchisee added that internal video captured by surveillance cameras does not support the police account. 5 On Your Side asked to see the video.

5 Christine Byers and Jacob Kuerth of On Your Side contributed to this report.

Resources for victims of crime:

If you have been the victim of a crime or know someone who has been, 5 On Your Side has compiled a list of resources.

Better Family Life is a nonprofit community development organization that works to “stabilize inner city neighborhoods.” One aspect of its mission is an armed violence de-escalation program.

Life Outside of Violence “helps people injured by stabbings, gunshots or assaults receive the treatment, support and resources they need to find alternatives to end the cycle of violence”.

The Urban League of Metropolitan St. Louis has an anti-crime program called the “Safety Net for Youth Initiative”, which is a joint partnership with St. Louis Public Schools to provide services to at-risk youth.

Cure Violence is an international organization that recently launched in a handful of neighborhoods in St. Louis. Violence Disruptors are trained to defuse violent situations within their own communities. To learn more, visit https://cvg.org/