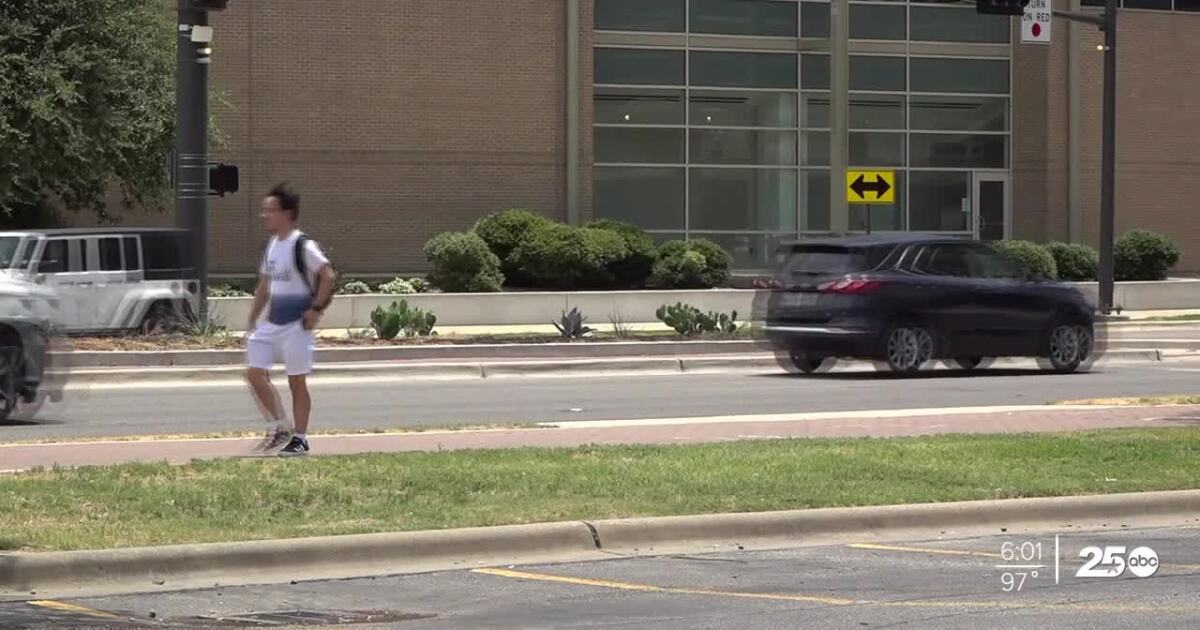 BRAZOS COUNTY, Texas — The Texas Department of Transportation launched its Be Safe, Drive Smart campaign Thursday morning, urging drivers to be mindful of pedestrians as they saw the number of traffic accidents involving pedestrians rise.

“The TxDOT Be Safe, Drive Smart campaign urges drivers and pedestrians to be mindful of each other as pedestrian fatalities continue to rise,” said Bob Colwell, public information officer, TxDOT-Bryan District. .

Colwell says it’s important for drivers and pedestrians to pay attention to each other.

“To keep our most vulnerable road users safe, we urge motorists to always be on the lookout for people walking,” Colwell said. “Pedestrians also have a responsibility to be aware of their surroundings and to follow the rules of the road.”

Daniel and Miguel Tavarez are students at Texas A&M University and say they always monitor their surroundings.

“If I stay late at Zachary’s, I usually walk at night or take my bike or something,” Daniel and Miguel Tavarez said. “There are usually not many cars here, but sometimes if I have to go to a friend’s house late at night it is usually important to make sure there is light everywhere and that you see.”

Pedestrians account for one in five traffic fatalities in Texas, TxDOT says, and shares the number of those crashes that happened here in the Bryan/College Station area last year.

Going into their second year at Texas A&M, the Tavarez brothers say it’s important to be careful because the campus is in a busy part of town.

“Be careful, especially on those busy roads like University or Texas Avenue,” they said. “People are on their phones. They don’t pay attention sometimes and you have to make sure before crossing, stop, look both ways [and] make sure everyone is paying attention. Be sure to watch the driver and make sure he sees you.

“Only 1% of traffic crashes in Texas involve pedestrians, but pedestrians account for 19% of all road deaths,” Colwell said.

The Tavarez brothers say you can do your part by being visible at all times.

“Having reflectors on your bike is important,” Tavarez said. “If you’re walking, maybe don’t wear black at night. Try wearing white or bright colors so they can see you.

Colwell says that in the Brazos County District there were more than 80 traffic accidents last year.

“There were 31 traffic accidents involving pedestrians, resulting in three deaths and 12 serious injuries,” Colwell said. “As you can see, in our heavily involved area, we had 31 of the 82 that were in Bryan/College Station.

“Every life we ​​can save is one more,” Colwell said. “Our goal is to achieve mission zero, zero fatalities on our Texas roads.”

With a 15% increase in pedestrian fatalities, TxDOT hopes this campaign will remind drivers and pedestrians to be safe and look out for each other.

Christian Walker yells at Kehlani at Starbucks Drive Thru

Drive-thru cafe approved for A1 services